On Oct. 17, the University of Wisconsin–Madison College of Agricultural and Life Sciences (CALS) will present its Honorary Recognition Award to Tim Boerner and Gerald Weiss; its Distinguished Service Award to David Thomas; and its Distinguished Alumni Award to Barbara Barton, Elzie Higginbottom and Steven Ricke.

These are the highest honors bestowed by the college. The Honorary Recognition Award, now in its 110th year, recognizes individuals who have made significant contributions to their professions, their communities and the university. The Distinguished Service Award, first given in 1994, recognizes meritorious service by CALS faculty and staff members. The Distinguished Alumni Award, which recognizes lifetime achievement and service, was established in 2009.

The awards will be presented at the CALS Honorary Recognition Banquet on Thursday, Oct. 17, in Union South. For more information and to register for the event, visit www.cals.wisc.edu/honorary/. 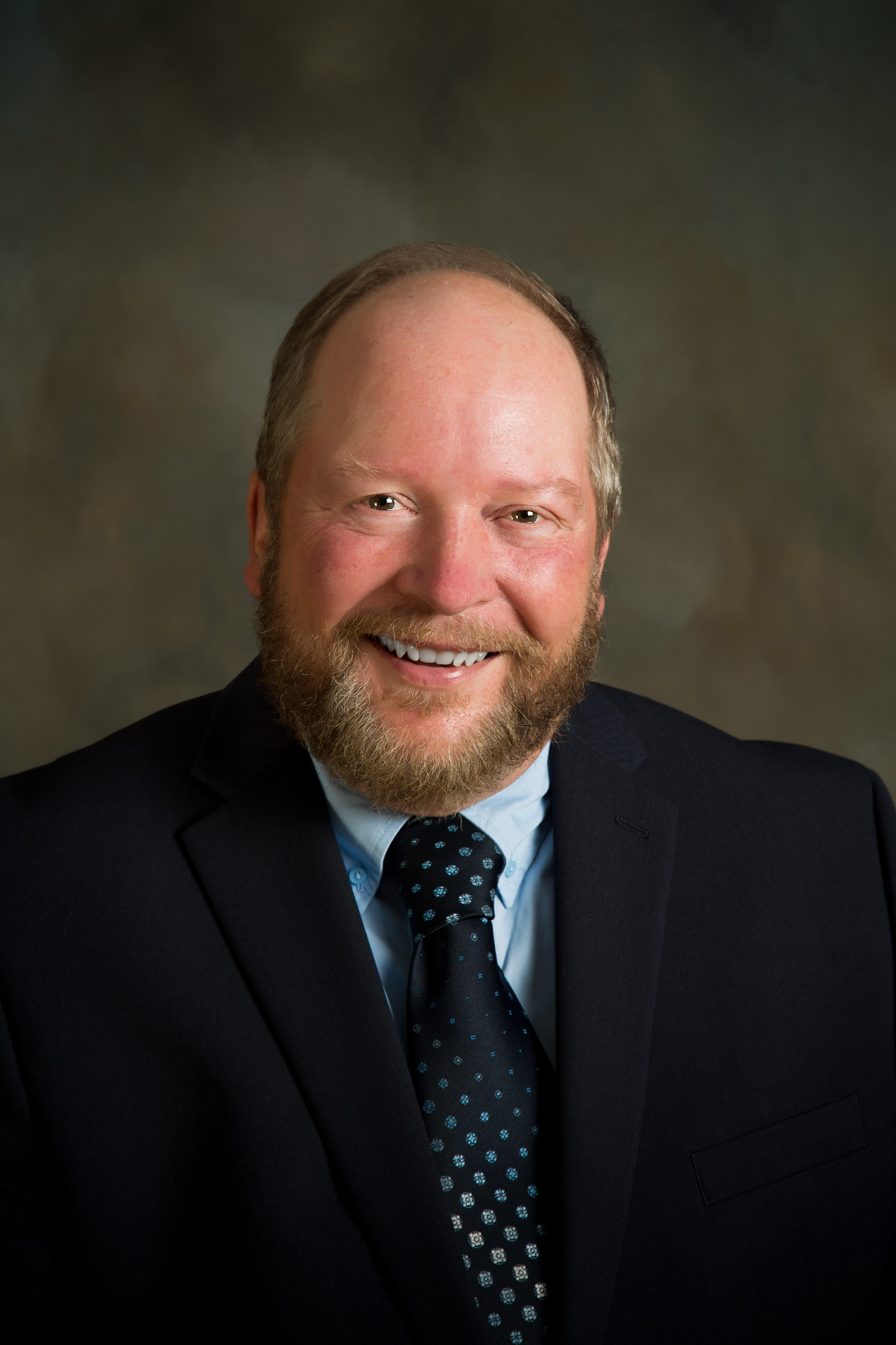 Tim Boerner is a natural leader and role model who has made a difference in Wisconsin agriculture. Since his time as an undergraduate agronomy student in CALS, Boerner has shown interest in farming and the environment. At UW, he held jobs at campus greenhouses and the Biotron and had an internship with the Department of Agriculture, Trade and Consumer Protection. During his long career in Wisconsin agriculture he has mentored many college interns and helped farmers implement sound agricultural practices developed by UW Extension programs. In his current professional career, Boerner works for AgSource Laboratories writing nutrient management plans to help farmers understand the environmental and economic impacts of their crop rotation, tillage and fertility decisions while acting as a liaison between growers and government agencies. He helps farmers make responsible land management decisions and fosters his passion for sound land and water conservation by volunteering with the Pepin County Water Advisory group. Boerner has been on several county Land and Water committees as well as the Wisconsin cover crop review committee. He is a 20-year contributor to the USDA weekly crop report, reporter for the Community Cooperative Rain, Hail and Snow network, and has written radio scripts for weekly crop reports. He is also a member of the Wisconsin Certified Crop Advisors Board and is currently the board chairman. An active participant in UW–Madison Division of Extension meetings and events, Boerner is a lifelong learner who generously shares his knowledge with others to improve agricultural practices and environmental stewardship in the state of Wisconsin. 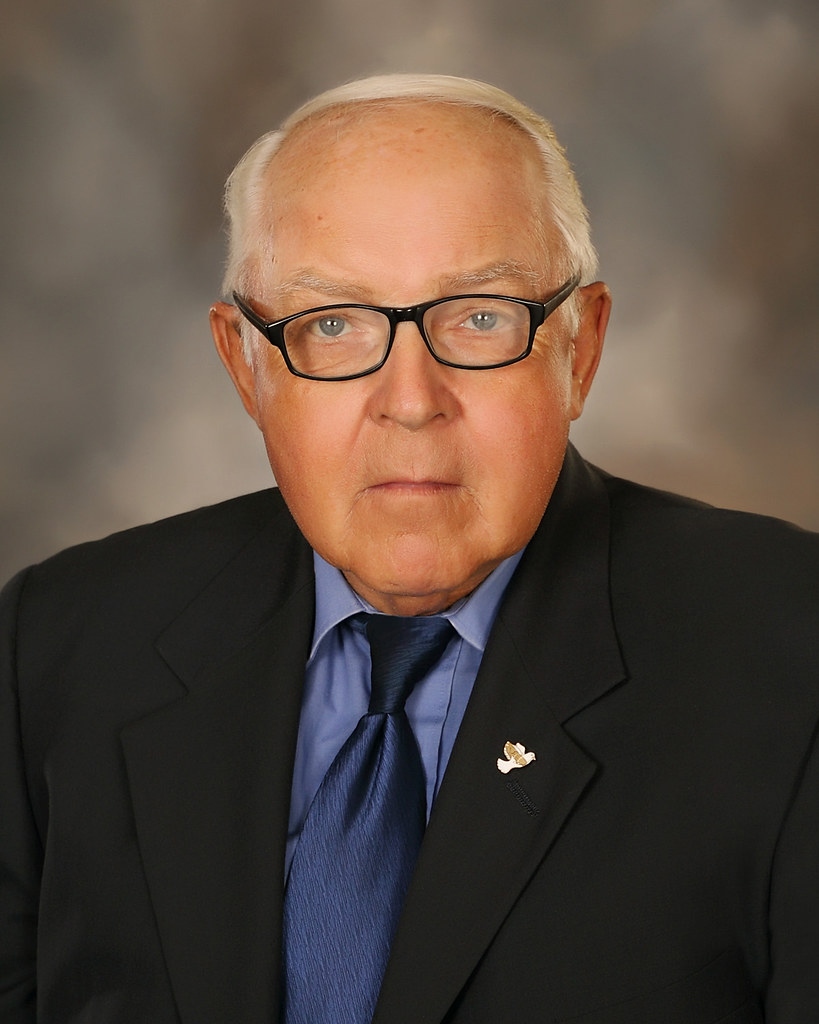 As a creative, progressive and conservation-minded farmer, Gerald Weiss is a well-known advocate for higher education. Weiss earned his bachelor’s degree from UW–Madison and then attended Iowa State University, where he obtained his master’s and Ph.D. degrees in animal science. After graduating, he never stopped learning. He completed his post-doctoral training in the Netherlands and at the University of Nebraska-Lincoln and spent nine years in the meat industry before purchasing his farm, Progress Plus LLC, located in Lancaster, Wisconsin. Since day one, Weiss has long been an early adopter of innovative practices. He thrives on new ideas that enhance sustainability in practical terms. Every method on his 350-acre farm has a scientific, economic, and animal welfare justification. He learns from experts at the UW, but he also teaches them by asking challenging questions, and he understands the importance of research. Weiss has collaborated in more than 240 research trials with academia, industry and government expanding data involving specialty swine, beef cattle and agronomic plants, and their endpoint consumer food chain definition. Weiss is uncompromising in valuing land ethics and is thoughtful and enterprising about every aspect of his farm. 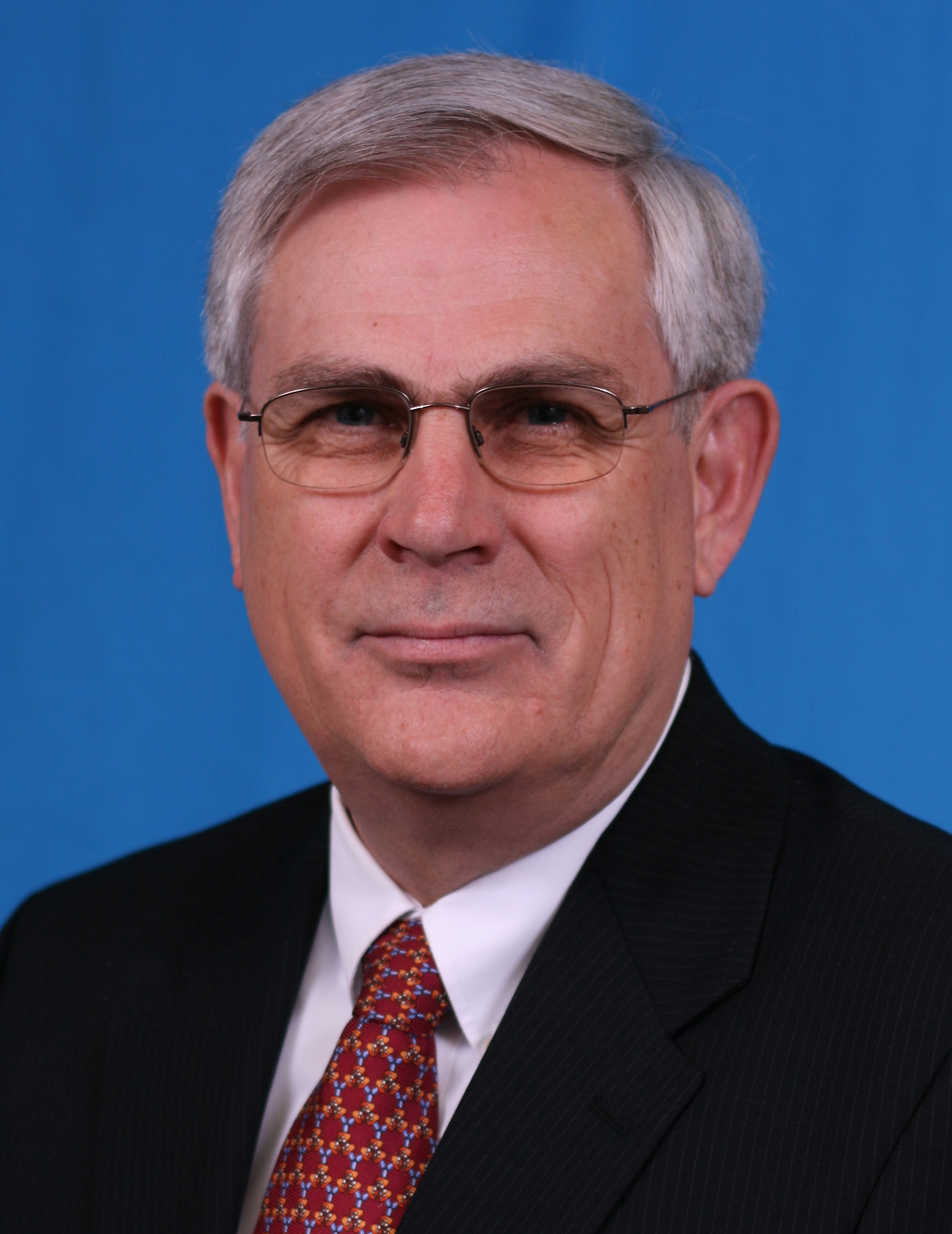 David Thomas began and completed his professional career at UW–Madison. Having an interest in sheep for as long as he can remember, Thomas majored in meat and animal science as an undergraduate and went on to the Peace Corps, where he held animal production roles in Kenya. Upon returning to the United States, Thomas enrolled in graduate school at Oklahoma State University, where he also earned his Ph.D. in animal sciences. After serving on the faculties at Oregon State University and the University of Illinois at Urbana-Champaign, Thomas returned to his home state of Wisconsin, and he would remain on the faculty at CALS until his retirement in 2017. During his tenure, he became one of the most sought-after sheep experts in the world, making significant discoveries that would positively impact the sheep industry. His influence is expansive, beginning close to home in Wisconsin and spreading as far as New Zealand. Research projects, academic conferences and visits to research institutions have brought Thomas to nearly 30 countries. At UW, Thomas was a respected mentor, excellent teacher and prolific researcher. Thomas grew up in Mineral Point, Wisconsin and is the eldest of four sons of the late Jack and Elaine Thomas. He and his wife, Lynda, have three children and seven grandchildren. 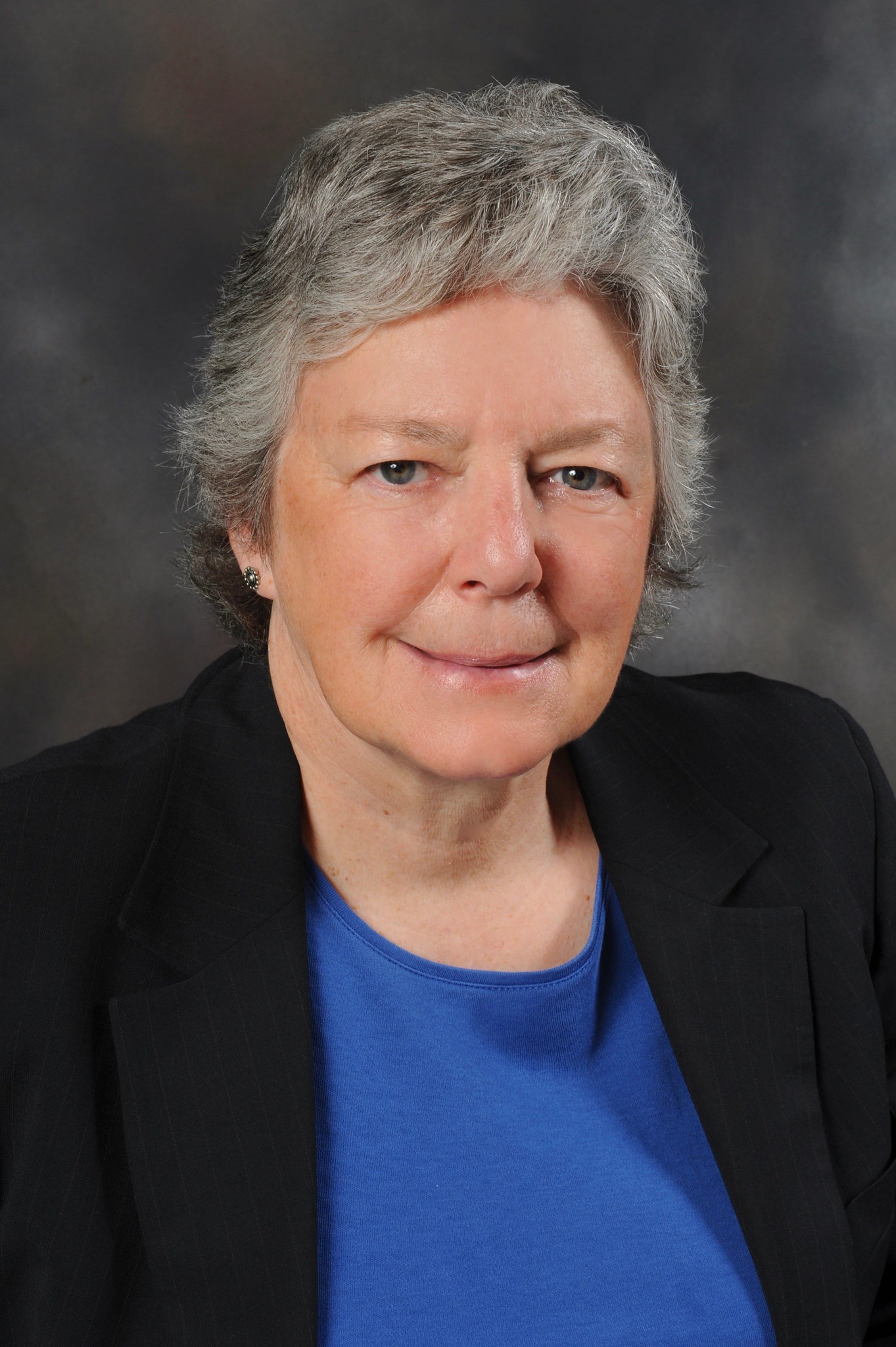 Being the first woman to earn her Ph.D. in dairy science from UW–Madison isn’t the only way Barbara Barton paved the way for many women in the field. Barton is a respected teacher and researcher who has been an official mentor and an unofficial inspiration to countless individuals. While a student at UW, Barton began what would become a long history of interdisciplinary research. After earning her doctorate, Barton joined the faculty and earned tenure at the University of Maine, Orono, where her collaborative animal and veterinary sciences research often reached across plant science, agricultural engineering and dairy science. She moved on to a career in industry, continuing to mentor and collaborate across intersecting areas of research. She remained connected to the UW, in part through a research initiative that she managed through her employer, providing mentorship to students receiving grants. Barton has always been on the cutting edge of dairy nutrition and innovation as she continues to inspire women to pursue successful and impactful careers in agriculture. 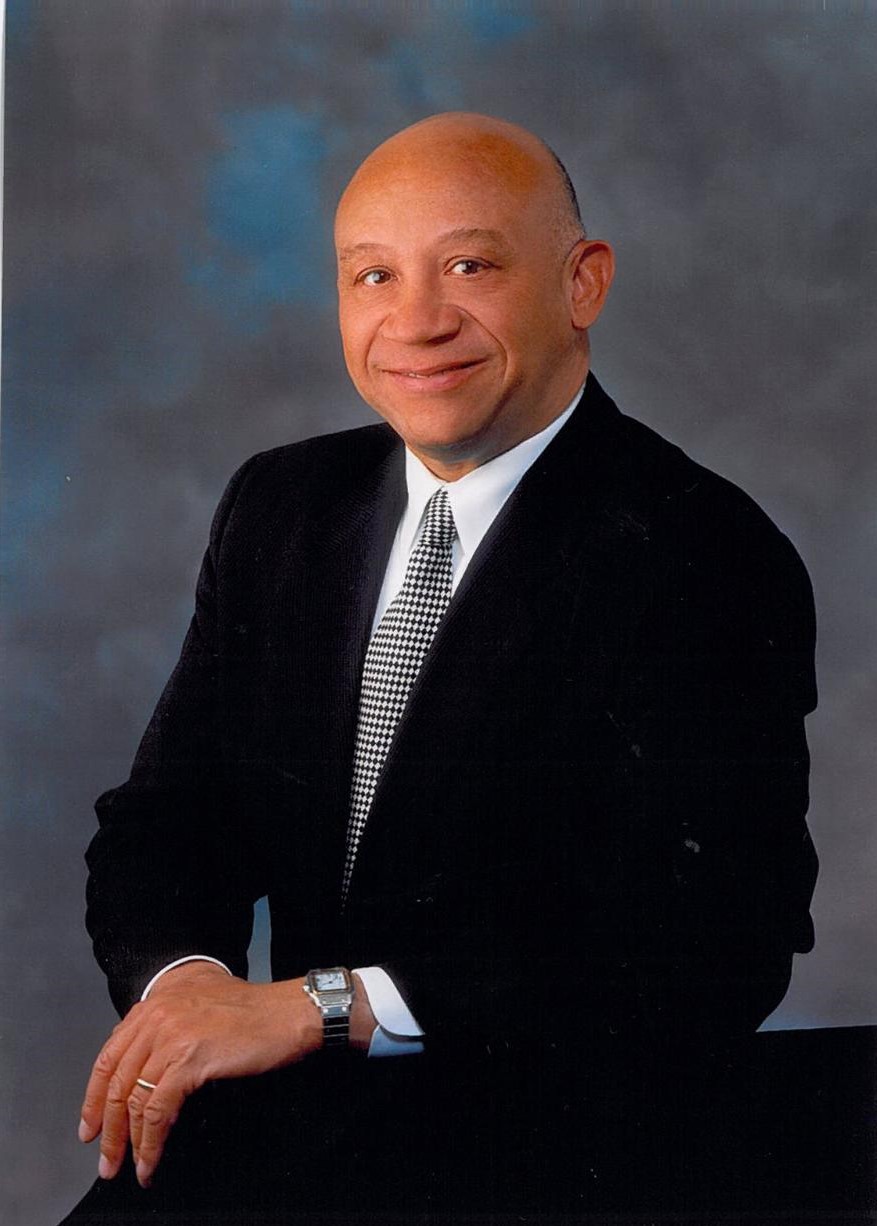 Elzie Higginbottom is a successful businessman, loyal UW–Madison alumnus and advocate for underrepresented youth. His undergraduate experiences studying agricultural and applied economics in CALS influenced his career in real estate entrepreneurship. He remains connected to the UW today by serving on the UW Foundation Board of Directors and the Chancellor’s Advisory Board. Higginbottom is also active in the Chicago Chapter of the UW Alumni Association and informally acts as an advisor to other leaders on campus. In addition to his volunteerism, Higginbottom is a loyal donor to the UW and recently provided resources to pilot an immersion program to help recruit eligible underrepresented students from Chicago area high schools to CALS. He is passionate about providing opportunities for these students to become excited about education, particularly in areas involving agriculture and life sciences. Higginbottom is an influential leader in his community and is generous, inclusive, forward-thinking and supportive. 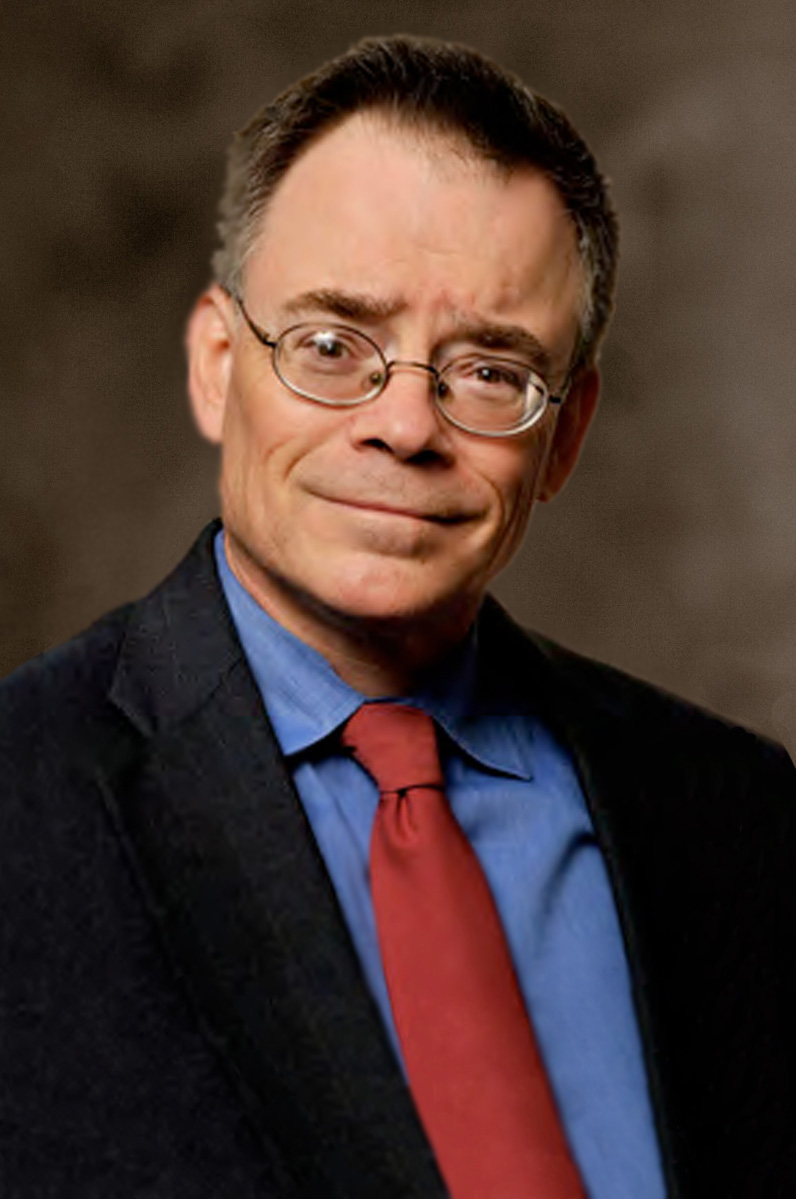 Steven Ricke is a talented researcher who enjoys communication about science as much as he does practicing it. Ricke came to UW–Madison for a Ph.D. in bacteriology and animal sciences by way of the University of Illinois at Urbana-Champaign. His dissertation yielded ten publications. He then went on to do postdoctoral work at USDA-ARS, North Carolina State University in the genetics of the nitrogen fixing organism Azotobacter vinelandii, which trained him in the molecular tools he needed to pursue basic research on foodborne pathogens later in his academic career. He served on the faculty for the Texas A&M University Department of Poultry Science for over a decade before being recruited to be the Wray Endowed Chair in Food Safety at the University of Arkansas, where he still works today. He was also the inaugural director of the Center of Food Safety at Arkansas, with his work focused on food microbiology research on poultry products. With an impressive record of nearly 400 peer-reviewed papers and countless service roles as editor of publications, Ricke instills the importance of good writing and publication skills with all of the students he mentors and advises.