A home wherever I go: For grad students of color, this campus community offers the support and feel of a family

NOTE: The  registration form for the Meat Industry Hall of Fame recognition ceremony is available for download here. Registration instructions are below.

Four individuals with outstanding lifetime contributions to the meat business are set to be inducted into the Wisconsin Meat Industry Hall of Fame at a May 3 recognition ceremony. They include Elton D. Aberle, who devoted his career to meat science and academia as a professor, researcher and leader; William and Otto Brakebush, brothers who developed a successful multi-state poultry processing business from scratch; and Robert E. Drane, a strategic thinker and leader in the area of product innovation.

More about this year’s inductees: 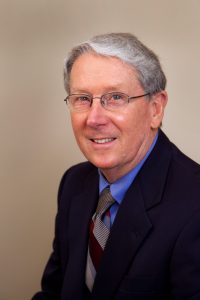 Elton (“Abe”) Aberle supported meat science and agricultural education throughout his career in academia. He started out at Purdue University’s animal sciences department, where he co-authored the definitive textbook on introductory meat science, “Principles of Meat Science.” He then became chair of the animal sciences department at the University of Nebraska–Lincoln, where he oversaw the completion of a new building for the department. In 1998, Aberle was selected to serve as the 11th dean of the UW–Madison College of Agricultural and Life Sciences (CALS). At CALS, he forged valuable relationships that helped lay the foundation for investments in academic programs in CALS, including meat science personnel and facility infrastructure. He retired in 2005. Throughout his career, Aberle prioritized service, including serving on the board of directors and as president of the American Meat Science Association. 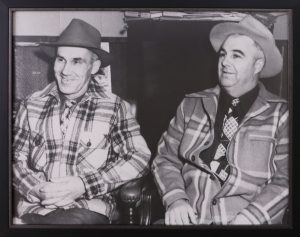 From humble beginnings, William and Otto Brakebush grew a small family business into one of the leading poultry suppliers in the nation. They started with the purchase of a Chevy truck in 1925, which they used to transport local livestock and poultry to larger markets, and later expanded the business to include the dressing and freezing of poultry. When market forces necessitated a change in their business model in the 1960s, the Brakebushes responded by developing and selling cooked chicken products. The legacy of William and Otto, who passed away in 1982 and 1967, respectively, can still be felt four generations later. The company has three processing plants and over 1,900 employees located in Wisconsin, Texas and Minnesota. 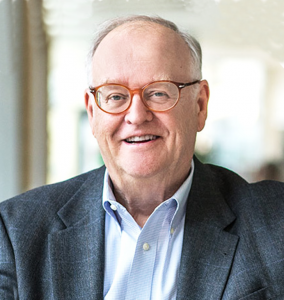 When it comes to developing new products, Robert Drane has proven to be a gifted leader. After graduating from UW­–Madison in 1965, he joined Quaker Oats in Chicago, where he held positions in food marketing research and product management. In 1979, he was recruited to join Oscar Mayer in Madison, where he worked his way up to Vice President of Strategy and New Business Development, leading the company’s efforts to invent breakthrough new products. He led the group that developed Lunchables®, the highly successful pre-packaged, ready-to-eat lunch meal. Drane has given back to his alma mater, serving as an adjunct professor at the Wisconsin School of Business at UW–Madison, where he helped found the A.C. Nielsen Center for Marketing Research.

The Wisconsin Meat Industry Hall of Fame induction ceremony will take place on Thursday, May 3 during the Wisconsin Livestock and Meat Council annual meeting. The induction luncheon will begin at noon at the Sheraton Madison Hotel, 706 John Nolen Drive, Madison. The cost is $35.

To register for the luncheon and/or the annual meeting, download and print the registration form. As instructed on the form, please return your completed registration materials to Jeff Swenson, Wisconsin DATCP, Division of Agricultural Development, 2811 Agriculture Drive, P.O. Box 8911, Madison, WI 53708-8911. If you have questions about registration, please contact Swenson at (608) 224-5082 or jeffrey.swenson@wisconsin.gov.

The Wisconsin Meat Industry Hall of Fame was created in 1993 to recognize individuals who have made significant contributions to the meat industry in Wisconsin. The Hall of Fame program is coordinated by the University of Wisconsin­-Madison Meat Science and Muscle Biology Laboratory. For more information, visit www.ansci.wisc.edu/meat_hof or contact Jim Claus at (608) 262-0875 or jrclaus@wisc.edu.