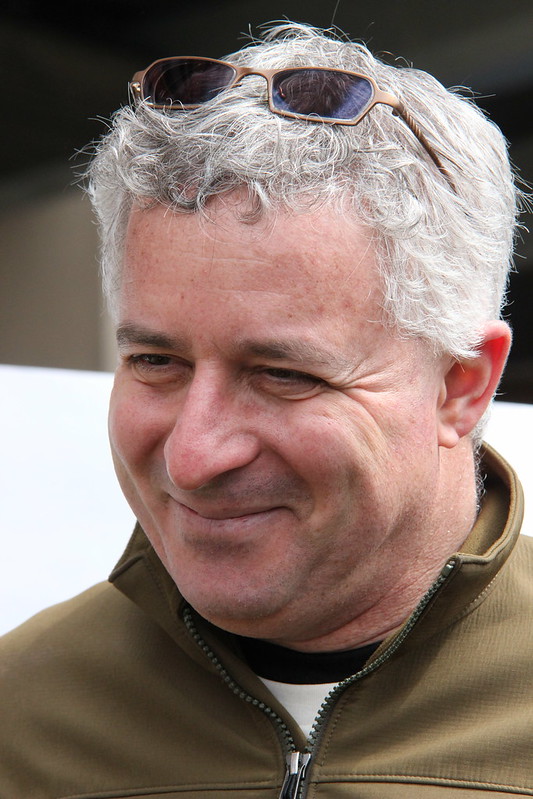 Sevie Kenyon: Irwin welcome to our microphone. First of all, perhaps you can tell us what are open source seeds?

Irwin Goldman: The open source seed is basically a an arrangement for seed to be freely available for a farmer to save, replant, share with a neighbor, breed if they want, sell if they want, or grow for crop and virtually any use they want with no restrictions, except the seed and their derivatives can’t be legally protected through patents or licenses.

Sevie Kenyon: Why is this important Irwin?

Irwin Goldman: Well increasingly the seed that farmers use, can purchase in marketplace today, is restricted or patented with a bag tag license they restricts their ability to save and replant or breed. We wanted to create a pool of germ plasm that people could use freely, and any way they wanted. Certainly not a replacement for commercial seed, but it’s a kind of protected commons, a place where seed can remain free and available to anyone who wants to use it.

Sevie Kenyon: What kinds of species and varieties are we talking about here?

Irwin Goldman: We launched this project on April 17th with thirty-seven varieties of fourteen different crops. Most of them are vegetables, peppers, lettuce, crests, celery, carrots. We also have some barely, we have some spelt, we have colangelo which is a medical flower, we have new wheat varieties, so, some grains as well.

Sevie Kenyon: How do people go about accessing the open source seed?

Irwin Goldman: So right now the easiest way to do that is through our website which is www.opensourceseedinitiative.org, and that will give a lot of information about the project, and a way for people to request some seeds. We’ve had hundreds and hundreds of requests since the project launched, and we hope to have more in the future.

Sevie Kenyon: Is there enough open source seed available for people to use to meet the demand?

Irwin Goldman: The answer is probably no. Open source varieties would be ones that have had to have been bred from scratch with material that somebody actually has control over, but isn’t licensed or otherwise restricted. So for many breeders that’s a ten year project right there. So what we launched this year was material that people have been breeding for a long time. They were looking for an interesting channel to release that material. They are limited quantities of seeds, and so we will probably run out this year of distributing open source seeds. But, because of the viral nature of this project, we hope that those gardeners and farmers, breeders who receive the seed, will increase it, will share it, and it will make its own way into the world that way.

Sevie Kenyon: How are new crops introduced into this movement?

Irwin Goldman: That is something we’re talking about right now. I mean we’ve had numerous requests from people around the world who are breeding their own varieties and would like to see them released in an open source framework. We have to come up with some way to sort of evaluate that. Make sure that they do have the freedom to do that, and if they do, then possibly incorporate it into what we hope will be a catalog of open source seed varieties. It’s one of the things we’d like to create.

Sevie Kenyon: I’ve heard the word free used, freely. If you take the money equation out of this what incentives are there to produce these seeds?

Irwin Goldman: This is as much a social movement as it is an agricultural technology. I would say that many people are interested just judging by the traffic we’ve had on our website. I think people are interested in the notion of seeds that are unprotected by patents and licenses, much in the same way you’d buy fair trade products at the grocery store or organic products at the grocery store, free seed or at least open source seed represents another kind of engagement with something really really basic like a seed. It has a marketing aspect to it, but it also has a practical element in that it can’t be legally tied up, and I think it is that siloization or that kind of control that a lot of people respond to with this project.

Sevie Kenyon: Are there any restrictions on how the seed is produced?

Irwin Goldman: No, and we do have some organic seeds that are certified organic as part of this, but we have some conventional seeds, and ones at least two carrot varieties that are conventional—produced in a regular way. That doesn’t matter. I think we’ll always have a mix of different types.

Sevie Kenyon: Is it acceptable to produce genetically modified seed in this?

Irwin Goldman: Well so far we haven’t had any, and it’s unlikely that we could ever accept them simply almost always because they are accompanied by a large number of patents and licenses, as the nature of that business. I mean I’m not philosophically opposed to genetically modified seeds. Because of the nature of their production, it seems incompatible with this because this requires something to be completely free and clear.

Sevie Kenyon: Irwin, can you describe for us how that contract between getting the seed and using it works?

Irwin Goldman: When you receive an open source seed initiative packet, there’s a pledge printed right on it. And what it says, is by opening this packet, I agree that this can be freely shared, bred, saved, used however I want. Except that I will not legally restrict it, and also I will, as a transfer it to somebody else, I will make sure that they don’t legally restrict it. We call it a pledge, and we hope that will have a viral nature to it. That people receiving the seeds will know that these really represent a sort of separate, I call it a national park of seeds, in the sense of having a protected space that we all agree as a society is useful to have. And so hopefully that this little transfer of this pledge with these seeds will remind people of the sort of unique nature of this material.

Sevie Kenyon: How is this different from a seed bank like they’re building in Greenland.

Irwin Goldman: Those represent what we call a commons. Anybody can go in and get material and take it out. There is no restriction on that material, somebody can take it and license, they can breed something and license, or breed something and patent out of that. And in fact that is what’s happening, so while those represent a great resource for humanity, they lead in the same direction that a lot of our seed system is going today with patents and other restrictions. What we wanted to do is create what we call a protected commons. Where it is still freely available to everybody, but the deal is it can’t be restricted. That’s the difference in what we hope is an important difference in the way people think about the seed being transferred from generation to generation and perpetuity being able to remain freed.

Sevie Kenyon: Irwin, can you describe the level of interest and demand you’ve had for this?

Irwin Goldman: We’ve had requests from more than fifteen countries for this seed. And in the United States alone, we’ve had several hundred requests for seed. and so that tells me that there are a lot of people out there who are interested in sort of getting started with a collection of these seeds and trying something out with them. It’s not about free seed, we say free is in speech, not as in beer, in the sense that it’s really about liberty of seed, and I think there are a lot of people around the world who are increasingly interested in seeds or at least some seeds remaining unrestricted. And so I think there’s a strong current of that everywhere we’ve talked with.

Sevie Kenyon: In that light Irwin, how do you go about building and sustaining the community?

Irwin Goldman: That is a really important thing for us. I mean we have a network of farmers, breeders, seed advocates, gardeners, who are all interested in this. And I think ultimately we will try to create a non-profit organization called the Open Source Seed Initiative that can promote, it will probably be a more of an educational and sort of a conduit activity for connecting farmers, breeders, and gardeners who are developing varieties with people who want them. And I think it will probably be through that mechanism. It’s kind of a large outreach project at this point. But, it is something that resonates with people, so we hope that the momentum towards whether it’s a nonprofit or whatever entity we develop will be something that can begin to sustain itself.

Sevie Kenyon: Irwin, what kind of support did you get from the University community?

Irwin Goldman: Well, I was just so pleased with the way things turned out. You know normally when I release germ plasm it goes to the Wisconsin Alumni Research Foundation or WARF and is licensed. And that’s very important for me and the University. But in this case, we asked for permission for these tow carrot varieties to be released through this unique open sourced model. And not only the WARF Wisconsin Alumni Research Foundation, but the University itself strongly supported our objectives. It made me feel great. To work here, and to realize that this activity we were doing, which we saw as fitting with the Wisconsin Idea and out mission to public service was supported by, and enthusiastically supported by the institution. And so it’s a wonderful feeling to be connected to a place that supports the kind of work we’re interested in doing.

Sevie Kenyon: We’ve been visiting with Irwin Goldman, Department of Horticulture, University of Wisconsin- Madison, and the College of Agricultural and Life Sciences, and I am Sevie Kenyon.